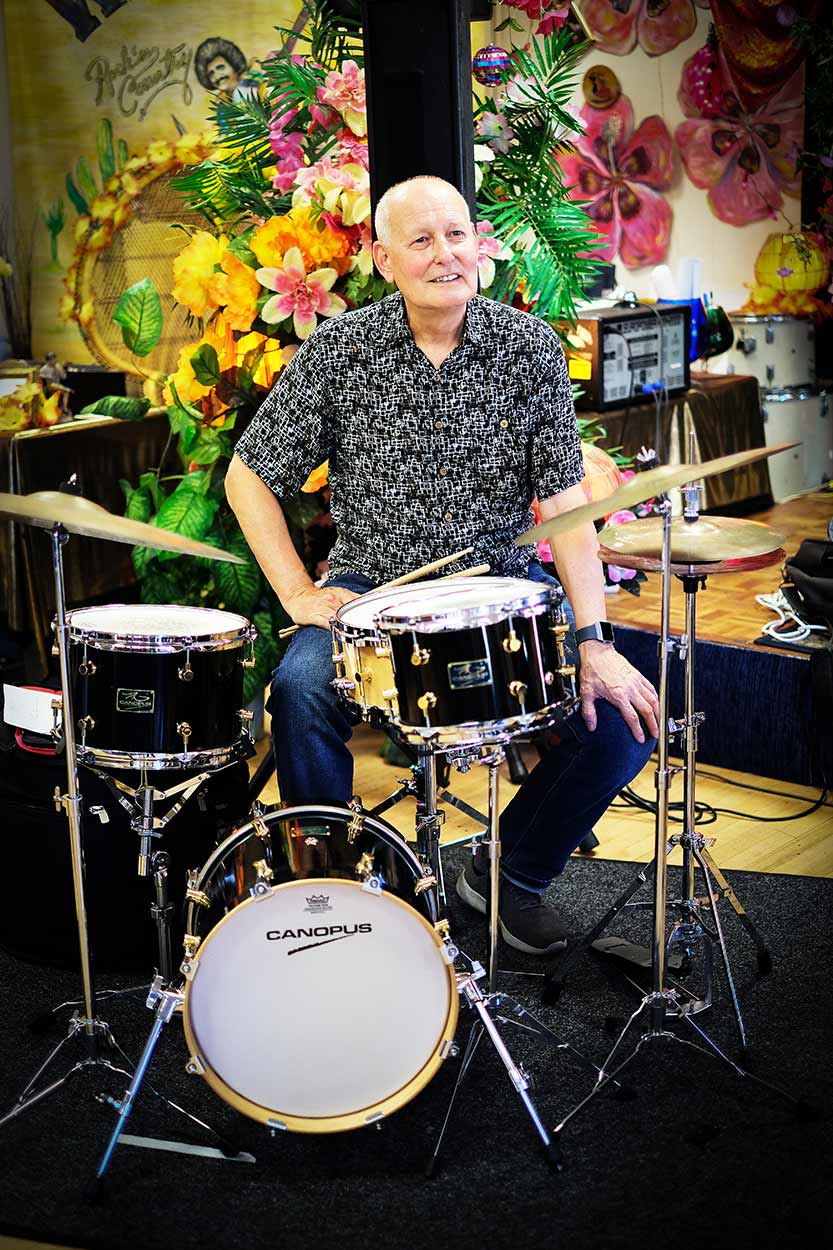 For more than 15 years Clive has been the resident drummer at The East  Side Jazz Club London where he has supported many of the country’s top jazz musicians including   Kenny Wheeler, Peter King, Ian Carr, John Etheridge, Alan Barnes, Jason Yarde , Steve Williamson and many others.
He started playing in Blues, Rock and Pop bands supporting bands including Fleetwood Mac, Free, the Nice, Chicken Shack, the Third Ear Band etc and developed a love of jazz when he heard  Thelonoius Monks   “Straight No Chaser”.
He studied with top American drummer Clifford Jarvis –ex- John Coltrane, Sonny Rollins, Chet Baker, Archie Shepp, Sun Ra –and Britains premier drum teacher Bob Armstrong.
He founded the East Side Jazz club in 1994, and is the founder and Director of the international French Jazz Summer School since 1995 and The Cuban Music School in Havana Cuba since 2000.

Since 2012 he has led The Clive Fenner Quintet and Quartet featuring Jim Watson, Martin Hathaway, Mark Ridout, and Geoff Gascoyne.

The band has recorded 2 Cd’s—“ Get It! “ and “ Get up ! “  on the Jazzizit Label and which are available for purchase on this site. 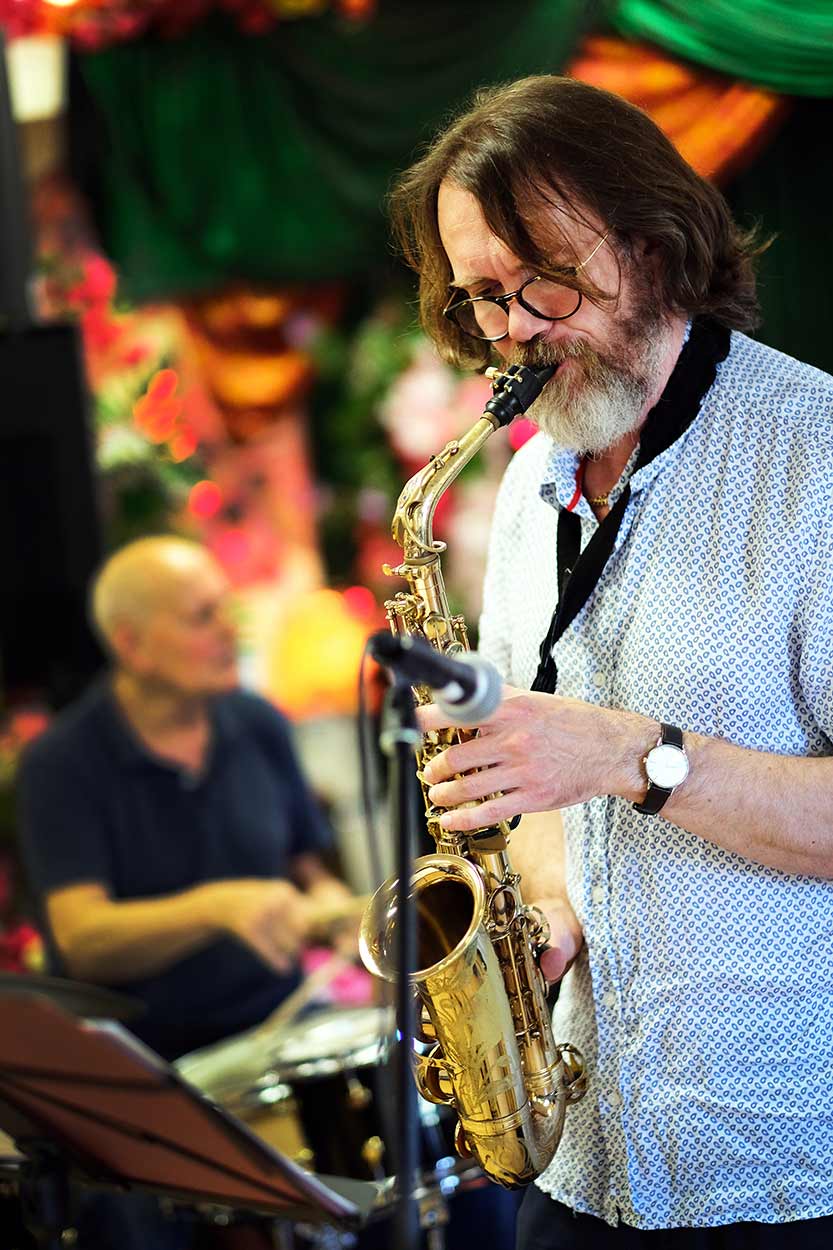 Martin was a key member of the Michael Garrick Quartet and Big Band featuring on their CD’s and DVD’s. His credits include small groups with Kenny Wheeler, Harry Backet, Stan Sulzman , Clark Tracey and Alan Barnes and the Big Bands of Mike Westbrook, Stan Sulzman and the London Jazz Orchestra.

Jim Watson is a freelance pianist, keyboardist, composer and improviser. He studied at Leeds College of Music (BA Hons) then at the Guildhall School of Music and Drama.

He is currently working with internationally renowned drummer Manu Katche and his  recent work includes Sting, Katie Melua, Richard Bona, Raul Midon, Zero 7, Incognito, Meshell Ndegeocello amongst others..
LAURA ZAKIAN
Just One Of Those Things (Dancing Rhino LZDR 002)
‘……..pianist Jim Watson is the kind of accompanist that singers dream about.’

'Watson, a pillar of strength playing both bass and chordal roles with workmanlike efficiency, was the first to draw soloistic blood; finally let off the leash some 45 minutes into the set, firing off the most heated solo of the night with a volcanic surge from his Hammond. The drummer’s resulting Cheshire cat-sized smile said it all: this is why he’s really here.'
Review Manu Katche at Ronnie Scotts 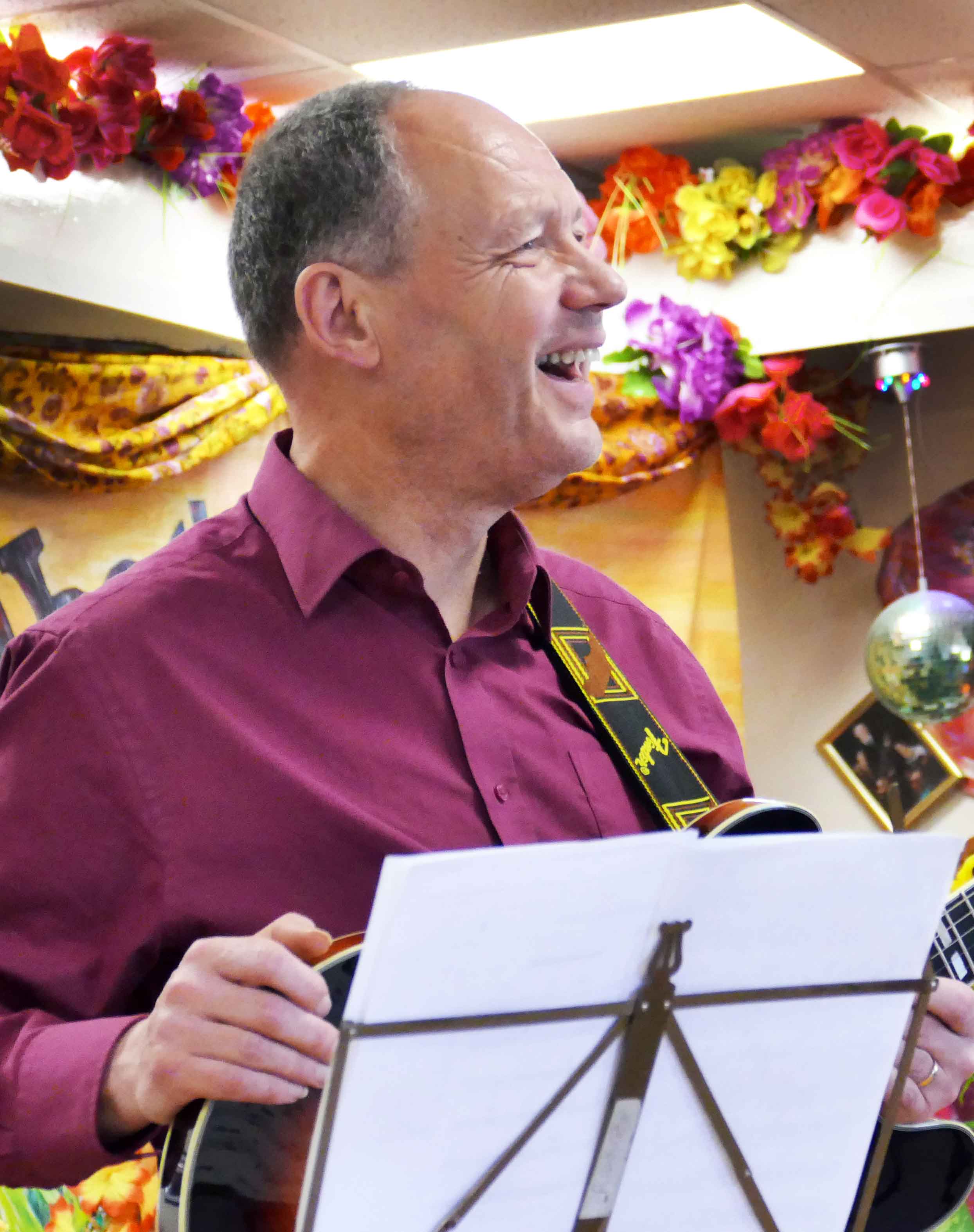 Mark is an experienced guitarist having performed in many of the UK's major jazz venues and festivals with such names as Jimmy Smith, Babara Dennerlein, Tony Martin, Natalie Cole, Jane Monheit, Eddie Parker etc.

He has appeared on albums for various jazz artists including Jacqui Hicks, Andrea Vicari, Stuart Curtis, Simon Thorpe's Improphonics and also pop and rock albums. Also as a session guitarist Marks playing is featured on some computer and wii game soundtracks.

Mark toured the US with Jazz funk band 'Down to the Bone' in 2001. He has performed on TV for 'Strictly come dancing' and with Alison Moyet on the 'Lesley Garrett show' and is regularly to be heard on the radio in the bbc big band.

Mark has a busy teaching schedule and has taught on the Wavenden Jazz Summer school amongst others. Mark has an interest in all areas of guitar playing but is often sought out by students for his in depth knowledge of jazz improvisation. 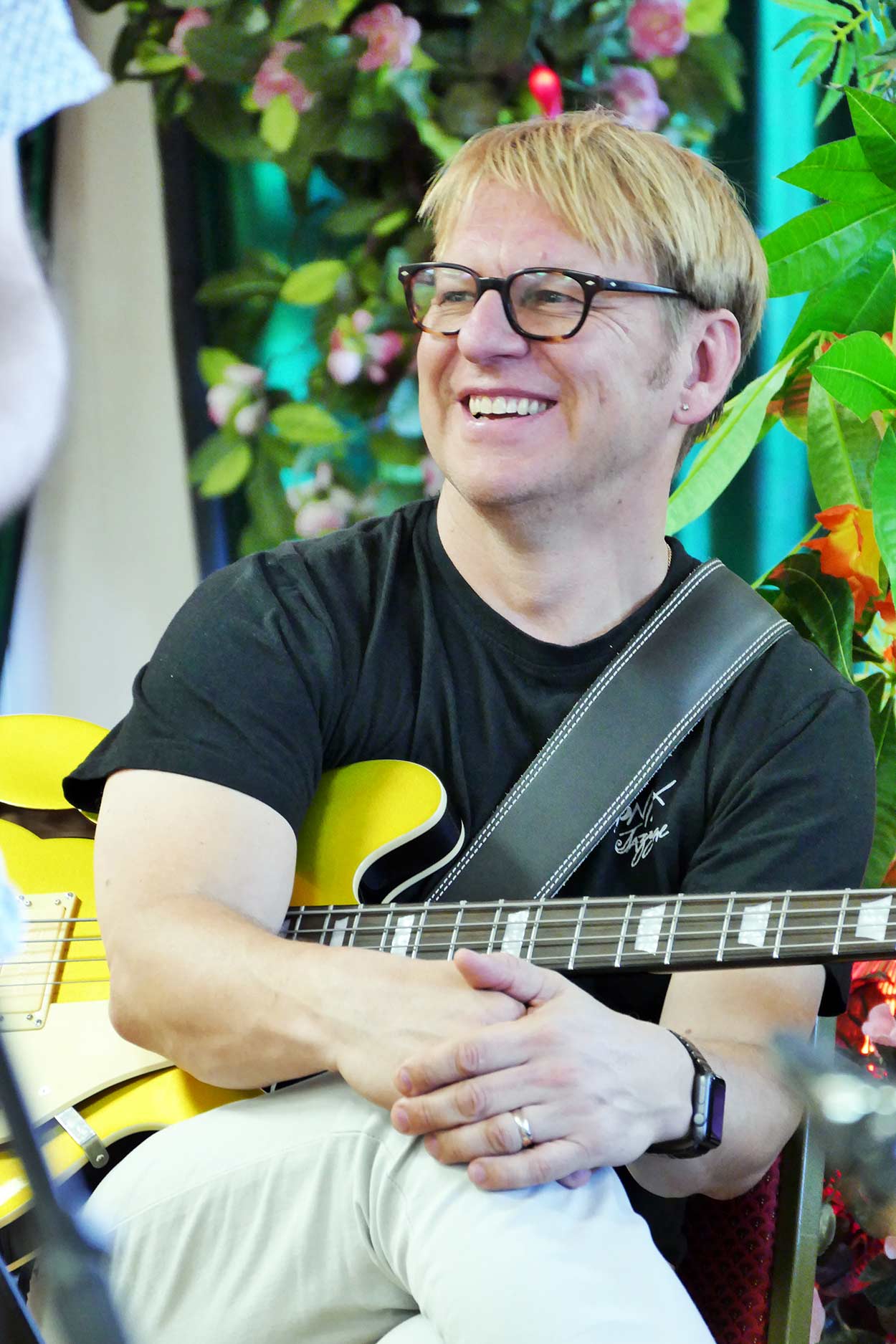 “Geoff Gascoyne is known for his immaculate bass playing”. Dave Gelly ,The Observer

In his early career he played with “ Everything But The Girl” and “ US 3”. He has featured in the bands of Georgie Fame, Peter King, Michel Legrande, and Guy Barker among many others and was instrumental in the career of Jamie Cullum featuring on his first 3 albums and touring the world with him many times.

He has released more than 6 CDs as band leader.