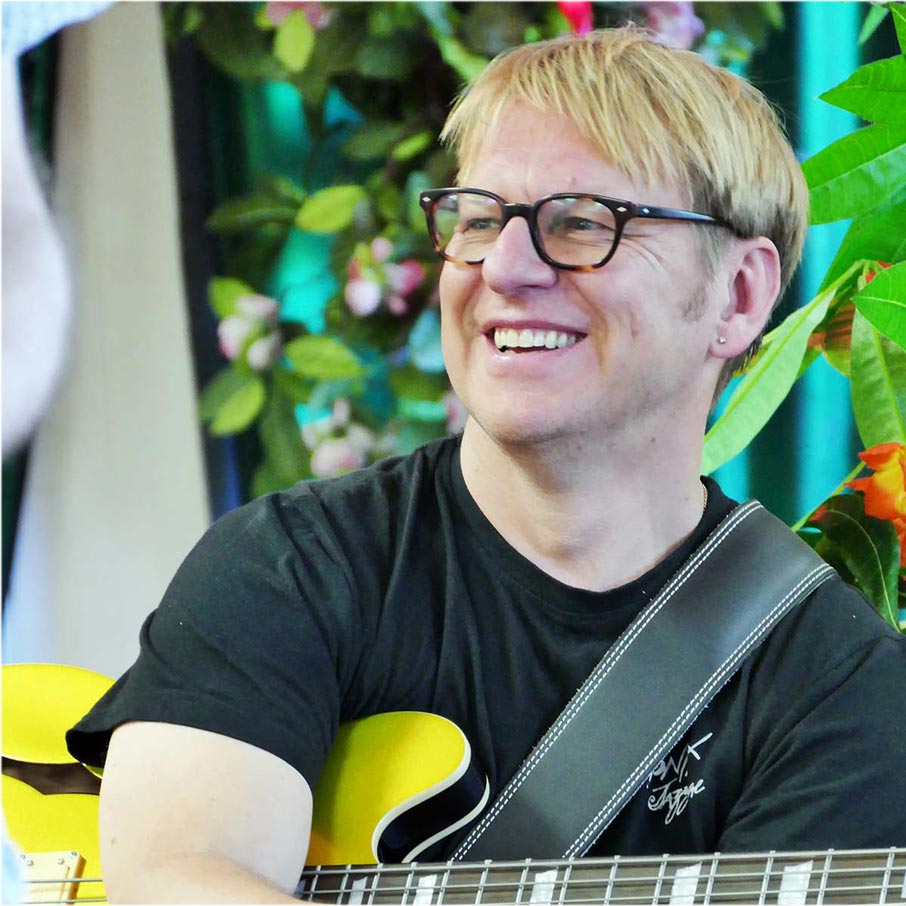 “Geoff Gascoyne is known for his immaculate bass playing”. Dave Gelly ,The Observer

In his early career he played with “ Everything But The Girl” and “ US 3”. He has featured in the bands of Georgie Fame, Peter King, Michel Legrande, and Guy Barker among many others and was instrumental in the career of Jamie Cullum featuring on his first 3 albums and touring the world with him many times.

He has released more than 6 CD’s as band leader.