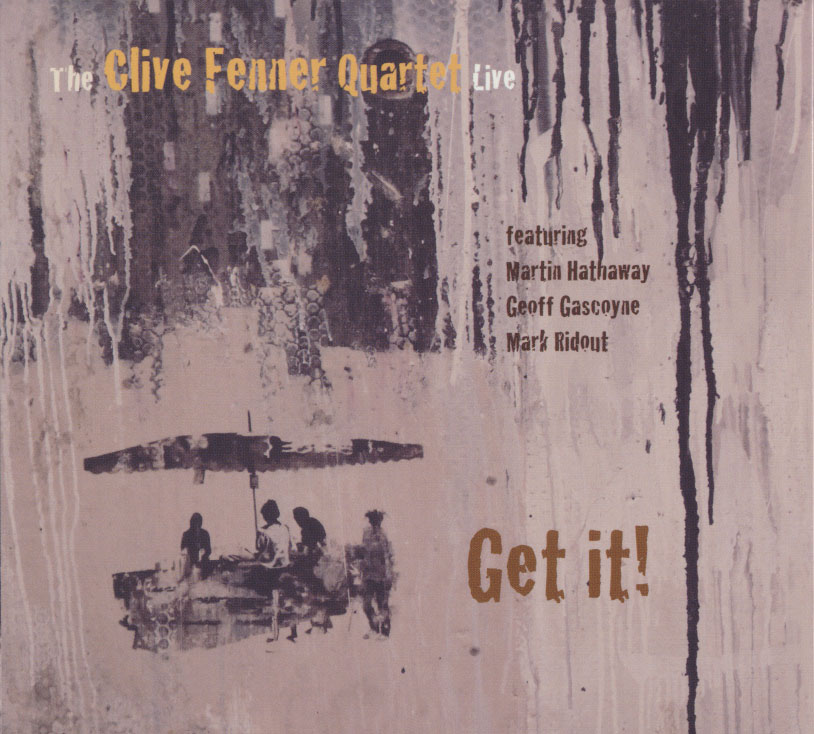 Drummer Fenner’s group hit a particularly good groove when playing at the Eastside Jazz Club in Leytonstone recently. Fortunately he had asked somebody to record and later decided to prepare and issue it on CD. The standard is maintained throughout the disc with exceptionally good versions of Basie’s Topsy and Ornette’s Ramblin’ included. Hathaway gets the bulk of the solo work but the others do have their moments and the guitar, bass and drum rhythm section keeps things swinging throughout. Unpretentious bop and blues but none the worse for that. Gascoyne’s bass work, acoustic and electric, is a standout. (Derek Ansell)

Jazz is all about making it up as you go along, so in many ways what you get on this debut release from drummer Clive Fenner’s new quartet is the very quintessence of the genre.Recorded live at the Eastside Jazz Club, Leytonstone, London, on what was only the group’s second performance, it consists of eight standards given a thorough working-over by four talented musicians who know instinctively when to stand together and when to pull apart. The material is pleasantly varied, running from Joey Calderazzo’s Midnight Voyage to Omette Coleman’s Ramblin via Count Basie’s Topsy. The treatments are light and breezy, although the boys know how to ratchet up the intensity, as on Thelonious Monk’s Green Chimneys. which draws to a standstill and then relaunches into a brilliant passage of interplay between Martin Hathaway’s alto sax and Mark Ridout’s electric guitar, all floated on Geoff Gascoyne’s bubbling bass. That’s followed by a gently swooning take on the Beach Boys’ God Only Knows, a romantic high point of a consistently entertaining set.

Drummer Clive Fenner is the head man at the Eastside Jazz Club in Leytonstone and had Dill Katz record his quartet on only its second gig there for use as a demo. Happily, Fenner responded when people who heard the resulting music suggested it was worth releasing as a CD and here it is. With Martin Hathaway on alto, Mark Ridout on guitar, Geoff Gascoyne on bass and Fenner at the drums, there’s a pleasing sense of unity, the lack of a piano allowing Ridout to comp and feed chords in clever fashion, Gascoyne his customary cool self as he lays down a propulsive line.

Right from the opening piece, Midnight Voyage, each man is poised to play, Hathaway’s astringent alto to the fore, taking this see-saw motif for a pleasing ride, with Ridout impressive as he is throughout the album. I especially liked the combination of guitar and alto on the nicely declamatory I’ll Take Les by John Scofield. This perky piece seemed to epitomise all the group’s strengths, with good blowing, a decent run of ideas and danceable momentum. Hathaway building his solo with repeated motifs, as Ridout, Gascoyne and Fenner get in the fusion groove.
Secret Love follows in contrast, Hathaway plaintive over Ridout’s limpid guitar ahead of the old Basie standby Topsy which swings in straight-ahead fashion.
Wide-ranging material, Monk and Ornette among the composers represented, each piece given a distinctive approach and aided by abundant creativity, all help to make this a debut to remember. Go for it.