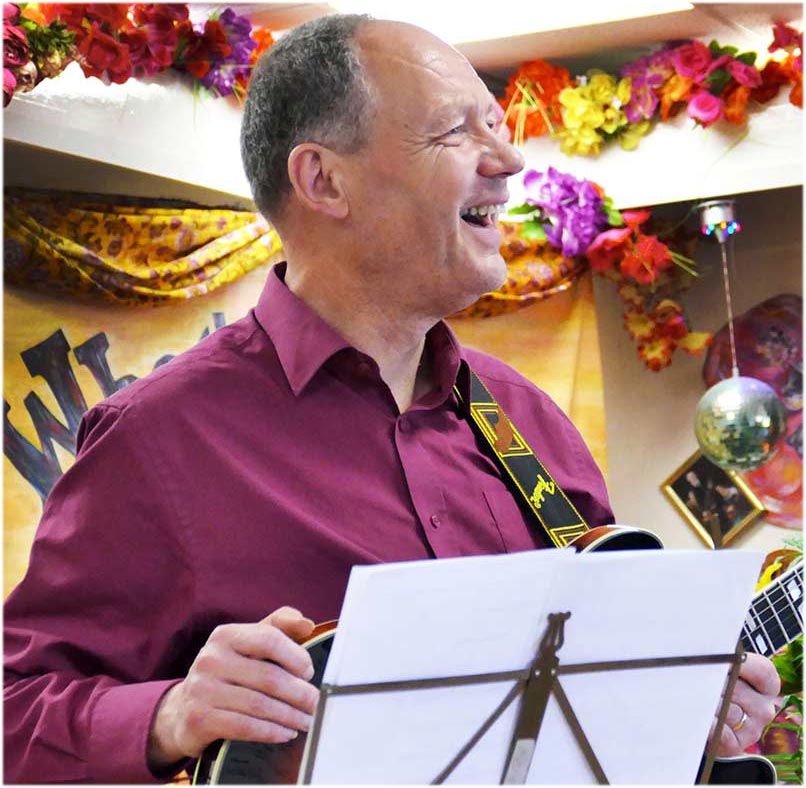 Mark is an experienced guitarist having performed in many of the UK’s major jazz venues and festivals with such names as Jimmy Smith, Babara Dennerlein, Tony Martin, Natalie Cole, Jane Monheit, Eddie Parker etc.

He has appeared on albums for various jazz artists including Jacqui Hicks, Andrea Vicari, Stuart Curtis, Simon Thorpe’s Improphonics and also pop and rock albums. Also as a session guitarist Marks playing is featured on some computer and wii game soundtracks.

Mark toured the US with Jazz funk band ‘Down to the Bone’ in 2001. He has performed on TV for ‘Strictly come dancing’ and with Alison Moyet on the ‘Lesley Garrett show’ and is regularly to be heard on the radio in the bbc big band.

Mark has a busy teaching schedule and has taught on the Wavenden Jazz Summer school amongst others. Mark has an interest in all areas of guitar playing but is often sought out by students for his in depth knowledge of jazz improvisation.